“Orange County looks like Orange County…because of the influence of Bren.”
— The Los Angeles Times Donald Bren, an acclaimed master planner and builder, grew up in Los Angeles, where from an early age he loved exploring the surrounding oak woodlands, sandstone canyons and Pacific Coast beaches.

“I’ve always viewed Southern California as a very special place where the countryside meets the sea,” he has said.

After earning his undergraduate degree at the University of Washington and spending three years as a U.S. Marine Corps officer, Bren, then 25, returned to build his first house in Newport Beach. In that same year, he founded the Bren Company to build more local homes and in 1963 helped launch the Mission Viejo Company, which planned and developed the 11,000-acre city of Mission Viejo.

In 1968, Bren moved on to help create other master-planned communities, including Westlake Village and Newhall Ranch in Southern California and Foster City in the San Francisco Bay Area. Five years later, he joined a group of investors who purchased Irvine Company from the Irvine Foundation, and in 1983, Bren was elected as the Company’s Chairman of the Board, after which he became the principal shareholder, making him the chief steward of Irvine Company’s major asset: the 93,000-acre Irvine Ranch.

Bren was determined that the land, stretching from the Santa Ana Mountains to the Pacific Ocean, would be known as much for what was conserved as what was built. And he has been true to his word: The historic Irvine Ranch today includes not only the widely celebrated, master-planned city of Irvine, but 57,500 acres of permanently preserved open space, with hundreds of miles of trails to explore on bike or foot.

Over the past several decades, Bren’s commitment to conservation and conscientious planning has extended to his future-focused philanthropy, including generous support for higher education, research and public schools. For 40 years, Donald Bren has been the foremost steward of the Irvine Ranch Master Plan, the blueprint for America’s largest and most acclaimed planned metropolis. The City of Irvine currently has a population of more than 300,000 and is projected to grow to an estimated 325,000 people over the next 10 years.

His guidance of the city’s development has brought major benefits to those who live, work, play and go to school in the village communities developed by Irvine Company. Irvine repeatedly ranks as America’s safest big city, with high performing public schools, abundant parks and tens of thousands of acres of permanently preserved open space within and surrounding the city. Over the years, it has also maintained a number of jobs equal to its number of residents.

“Irvine’s Master Plan is the largest, most successful application of important progressive planning ideas since 1900,” says the architect and author Alan Hess, a member of the California State Historical Resources Commission who is researching a book about the plan.

Irvine Company has remained in private hands ever since it was incorporated in 1864, leaving it free to reinvest profits to manage and refurbish its properties. “That continuous private ownership creates the greatest opportunity in the world for professional planners,” Bren has said. “We can devote ourselves to the disciplines of architecture and planning to constantly improve the community.” 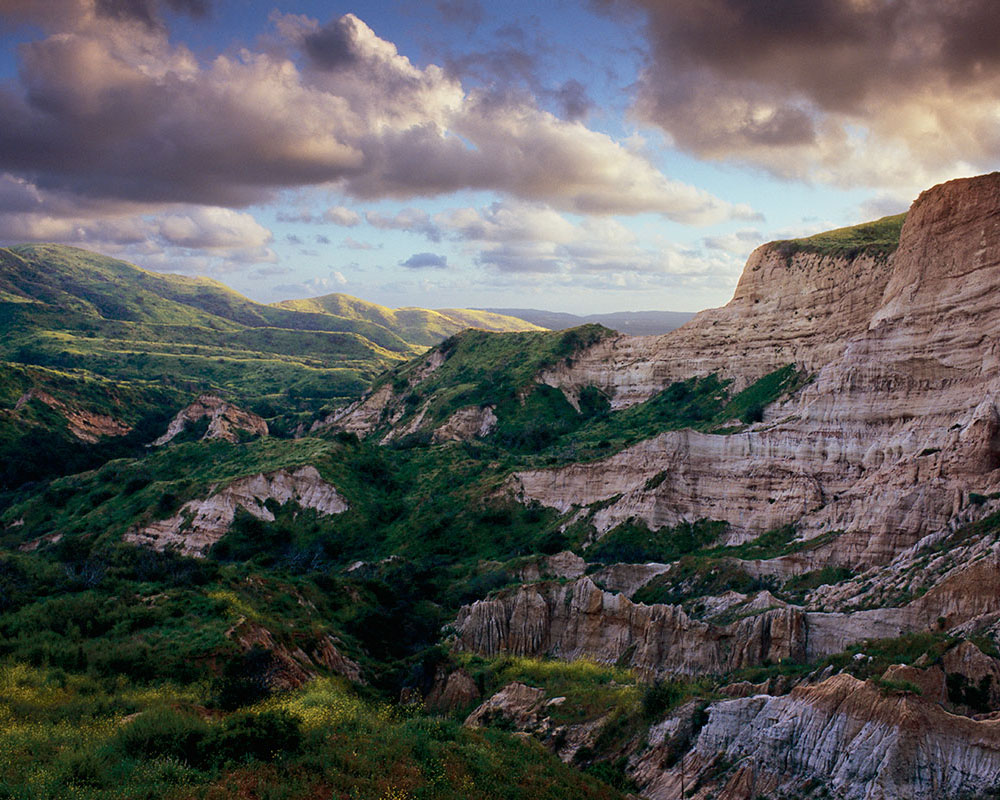 A Champion of Open Space

“Open space is freedom,” Donald Bren has said. Under his leadership, Irvine Company established the largest urban open space network in the United States, transferring 57,500 acres to public agencies to be permanently preserved as parks and wilderness. Included in Bren’s legacy are the pristine shores of Crystal Cove State Park, the oak woodlands of the Santa Ana Mountains and the sandstone cliffs of Limestone Canyon. These lands – within a 30-minute drive for more than 3 million residents of the region – are home to golden and bald eagles, mountain lions, mule deer and hundreds of species of birds.

In 2006, the U.S. Department of the Interior designated a large swath of preserved open space on The Irvine Ranch as a National Natural Landmark, due to its geological and biological value. Two years later, California’s government followed with its own State Natural Landmark designation.

Bren did more than simply transfer this extraordinary land for others to protect. He also pledged $50 million to the Irvine Ranch Conservancy, which he helped create, and which today works with the land’s public owners and non-governmental organizations to manage access to the wilderness.

“The Irvine Ranch illustrates what cooperative conservation is all about,” Gale Norton, then-U.S. Secretary of the Interior, has said. “A conservation-minded corporate citizen is working hand-in-hand with federal and state agencies, local communities, private citizens and other partners to thoughtfully and purposefully create an environment where both people and wildlife can thrive.” A Sponsor of Research and Higher Education

Donald Bren ranks among the nation’s top philanthropists, and one of his keenest interests is higher education and scientific research. Over the years, he has sponsored more than 60 endowed distinguished professor chairs at the University of California, the California Institute of Technology (Caltech) and the Marine Corps University in Quantico, Virginia.

Bren has been a particularly generous donor to one of the nation’s first graduate-level environmental schools, the internationally recognized UC Santa Barbara Bren School of Environmental Science & Management.

“Bren’s vision for developing a peerless, world-leading institution offering an interdisciplinary program of environmental science, management and policy has been a tremendous source of inspiration and leadership,” UC Santa Barbara Chancellor Henry T. Yang has said.

“His contributions to the University of California system, to the advancement of knowledge and improvement of our quality of life, have been nothing short of extraordinary,” former UC Provost Mary Rita Cooke Greenwood has said.

In 2021, Caltech revealed that Bren had contributed more than $100 million to initiate and fund the Space Solar Power Project, which is developing technology that can generate solar power in space and beam it back to Earth. Bren, who as a young man was inspired by an article on space-based solar power in Popular Science magazine, had suggested that Caltech research the scientific energy approach back in 2011. After more than a decade of research, the Caltech team launched a functional prototype into space in January 2023.

“Donald Bren has brought the same drive and discipline that he has demonstrated with master planning communities to the Space Solar program,” Caltech President Thomas F. Rosenbaum said then. “He has presented a remarkable technical challenge that promises a remarkable payoff for humanity: a world powered by uninterruptible renewable energy.” A Commitment to Future Generations

Irvine Company’s Master Plan for the city of Irvine made elementary schools and parks a central focus for each of its 24 village communities. As the Company’s chairman, Donald Bren has kept that value in mind, with substantial gifts to Irvine’s public schools.

“There is no wiser investment we can make as individuals and as a company than in our children,” Bren has said. “They will be our enduring legacy. They are the leaders of the future, and the quality of education they receive today will directly impact the success and prosperity of our communities tomorrow.”

Beginning in 2000, Bren and Irvine Company pledged $45 million to the Irvine Unified School District. The support, delivered in annual installments, allows IUSD to hire expert teachers in music, science and art for children in fourth through sixth grades. It also pays for financial awards for teachers who demonstrate outstanding results.

IUSD Superintendent Terry Walker has called Bren’s support “a cornerstone of our instructional profile” that will “leave a lasting impact on the lives of current and former students.” The IUSD schools are, indeed, flourishing. The “Best Schools in America” report by the review site Niche has listed the district as No. 1 in Orange County and one of the best in California, based on factors that include test scores and graduation rates.

“His action guarantees that the rocky outcroppings, deep canyons, fern grottoes and even a rare grove of Tecate cypress trees will go undisturbed in perpetuity.” — Sunset Magazine

“His contributions to the University of California system to the advancement of knowledge and the improvement of our quality of life have been nothing short of extraordinary.” — Mary Rita Cooke Greenwood, former UC provost